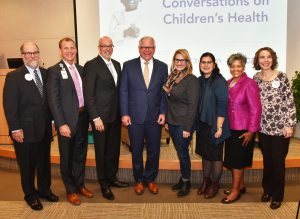 Children’s Minnesota hosted Democratic gubernatorial candidate Tim Walz on Thursday, Oct. 25. During his conversation on children’s health, he stated: “We need to start with the premise that healthcare is a basic human right and we need figure out how to deliver it in the most efficient cost effective manner.” As the conversation continued, Walz expressed his support for Medicaid funding and explained that as governor, he will prioritize listening to experts in children’s health.

On Friday, Oct. 26, Children’s Minnesota hosted Republican gubernatorial candidate Jeff Johnson. During his discussion, Johnson emphasized the importance of supporting families’ access to quality early childhood development services and applauded Minnesota’s current programs. “[Minnesota] started a scholarship program that provides aid to parents that can’t afford to send their kids to quality childcare with an education element to it, and I am a strong supporter of that avenue,” said Johnson, “I think parents who can’t afford it should be able to choose from different providers too.” In addition to childcare, he talked about his plans to prioritize funding for children’s health and education. 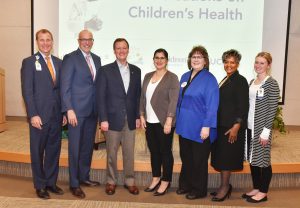 Children’s Minnesota Family Advocate Shelby Tietel spoke at both events to describe her experience as a parent of a medically complex child and why access to children’s health care and insurance coverage is so important. Shelby’s son, Charlie, received care at Children’s Minnesota for a heart condition. Sharing her son’s moving story, Shelby talked about the care experience and realities of caring for a child with medical complexities that her family experienced while trying to set Charlie up for a healthy life.

If you missed the events and are interested in learning more about the candidates’ views on children’s health, videos of the conversations with Tim Walz and Jeff Johnson are available on the MNAAP Facebook page. Remember: Children can’t vote, so please keep children’s health in mind when you vote on Nov. 6.

Advocate on behalf of Children's Minnesota and child health. Stay informed. Be heard. We help make it easy.