Time to act: Humane conditions for kids along the southern border 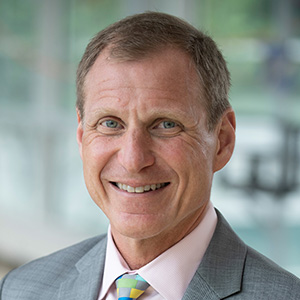 I recall going on an ambulance call as a fellow.  The house we arrived at had several children in it, but the bedroom had no beds or blankets.  The children were dirty and obviously hungry, as if they hadn’t bathed or showered for days.  Not only was I heart-broken at the scene, but as a mandated reporter I felt compelled to report the family to the authorities as the conditions seemed to me to constitute at the very least child neglect.

This scene resembles the one described at immigrant detention centers along the southern border.  We have read reports of children sleeping on concrete floors, without access to showers or toothpaste.  Children in cells.  Children without access to toys or books or the outdoors.  These conditions are tantamount to child abuse and neglect. I hope no one who has read these stories did so without at least some feeling of sorrow and shame.

Some of these stories may be exaggerated, and in some cases improvements are no doubt already underway.  Yet as attested by my son, who is an attorney working with unaccompanied immigrant children system in Arizona, even the better facilities are bleak places far more akin to prisons than shelters.  There are clear short- and long-term health effects of this type of toxic stress on children, with implications for their developing brain structure and psychological and emotional growth.

As advocates for children, we are called to speak out on their behalf when their well-being is threatened.  Regardless of one’s stance on the larger question of immigration, I hope all can agree that children do not deserve to suffer because of the actions of their parents, and that the threat of harm to children should not be used as a deterrent.  As a society, we have a legal and moral obligation to ensure that children who have fallen under our care are treated humanely and with dignity.

On behalf of Children’s Minnesota, joining with other organizations and individuals, including the American Academy of Pediatrics, and myriad religious and political leaders, who are speaking out against these outrageous conditions for children, I urge each of you to advocate for those kids.

Last week Congress passed a $4.5 billion bill aimed at improving conditions in the migrant detention centers and providing emergency humanitarian aid to migrant children. While I am thankful for Congress’ actions, I know that much more still needs to be done. It is not too late to act. Call your elected officials, thank them for funding the humanitarian needs at the border and encourage them to keep the health and well-being of our kids a priority.