Q&A with the creator of the S.T.A.B.L.E. program: the most widely taught neonatal education program

S.T.A.B.L.E stands for the six assessment and care modules in the program: 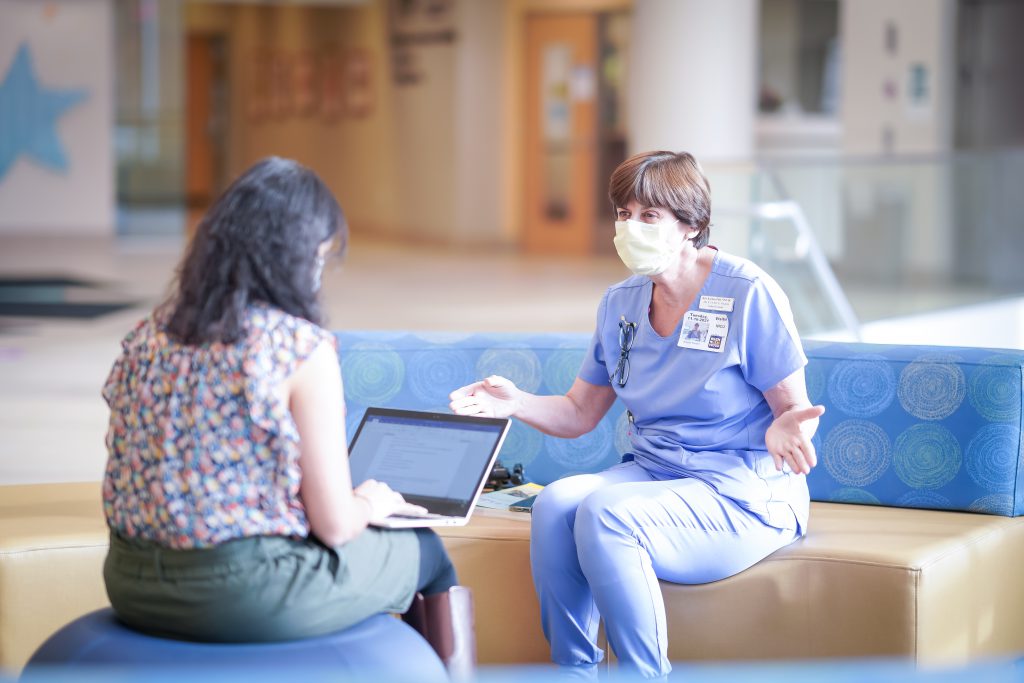 “Families don’t expect their baby to be sick,” said Karlsen. “They’re going to the hospital to have the well-baby they’ve been expecting their whole pregnancy.”

For more than 35 years, Karlsen has been a leading neonatal nurse practitioner who has been involved in transport, education and patient care for neonates. Karlsen recently visited Children’s Minnesota’s NICU in Minneapolis to photograph a variety of assessments and procedures for her newest edition of The S.T.A.B.L.E. Program. She wanted to showcase stabilizing best practices at one of the largest neonatal programs in the country. We sat down with Karlsen to talk about S.T.A.B.L.E. and how it has impacted neonates around the world.

How did you start your career as a neonatal nurse practitioner?

After I attended nursing school in New Hampshire, I decided to be adventuresome and move to Colorado. I ended up on the Western Slope of Colorado in Grand Junction. My first nursing job was on an orthopedic floor, which happened to be on the same floor as the NICU. One night, I visited the NICU to see what it was like, and I instantly fell in love with the unit. Within a few years of starting in the NICU, I joined the neonatal transport team and also took on an outreach education role.

On transport and as an outreach educator, I could see that there was a huge need for education about pre-transport stabilization. Staff from hospitals in our area would ask, what should we do for these babies while waiting for them to be transported for higher care? I decided to use a mnemonic, which is a powerful learning and memory strategy, to organize the elements of neonatal stabilization. The initial education that I taught was about a two-hour presentation and it was really appreciated by the nurses.

How did you start to work as an outreach educator?

Back in the early 80s, it was the period where outreach education was just starting up. I was an educator, nurse practitioner and a transport nurse. I’d often go out to community hospitals to pick up babies, and the teams would be enormously relieved. They would say things like, “We weren’t sure if we could stabilize the baby.”

When did the S.T.A.B.L.E. program really take off?

Between 1990 and 1993, I attended the University of Utah in Salt Lake City and graduated with a Masters in Nursing. My capstone project was an evidence-based deep-dive into the S.T.A.B.L.E. module curriculum.

Fortunately, the evidence supported the information I had included in the modules, but there was a need to expand on the explanations and add illustrations and photos of babies. In 1994, following graduation from the University, I had a poster at a perinatal outreach educators conference. Many outreach educators came up to me and asked, “how can I teach this program?” I went home with about 40 business cards from around the country, telling them I’d contact them if I had a product they could use.

I was pregnant with my second daughter in 1996, and I was put on bed rest at 26 weeks because of threatened preterm delivery. I decided to complete writing the instructor training part of the program then printed copies and sent snail mail letters with an order form to everyone who left me their business card at the outreach educators conference. I started the S.T.A.B.L.E. company in May 1996 and that’s how the program and company got started!

Why is the S.T.A.B.L.E. program still so important?

S.T.A.B.L.E. is a mainstay because people want to be ready. They want to know what to do and they want to do the right thing. We all go to work praying no mistakes are made, but the reality is, delivery of medical and nursing care is complex and error-prone. The less opportunity you have to do something – especially in a critical situation – the more difficult it is to remember what to do, or how to do it.

How has S.T.A.B.L.E. improved outcomes for babies?

Various studies have been conducted to evaluate S.T.A.B.L.E. education. One of the most exciting studies was done in a large region in Mexico where they reported improved body temperature and blood sugar levels of the infants when they arrived at the receiving hospital, and a statistically significant reduction in infant mortality rates in infants transported after The S.T.A.B.L.E. Program was implemented.

Researchers in Kenya also reported a statistically significant improvement in nurses’ knowledge and a reduction in infant mortality rates following implementation of the S.T.A.B.L.E. Program for nursing education. Although there have not been any outcomes studies done in the U.S., anecdotally S.T.A.B.L.E. instructors and neonatal outreach educators often report that they hear thrilling stories of when the program has helped staff to more quickly recognize a sick infant, and then perform the appropriate stabilization.

The S.T.A.B.L.E. program is now taught internationally by instructors from around the world, including Children’s Minnesota nurses who have taught thousands of nurses the S.T.A.B.L.E. curriculum.

More than 4,100 instructors worldwide have disseminated life-saving information to help more than 681,000 nurses, physicians, respiratory therapists, and other neonatal healthcare providers use best practice techniques to detect early signs of newborn distress to stabilize babies before being transported to a higher level care, like the Children’s Minnesota NICUs.

To get in touch with Dr. Karlsen and learn more about The S.T.A.B.L.E Program, click here.