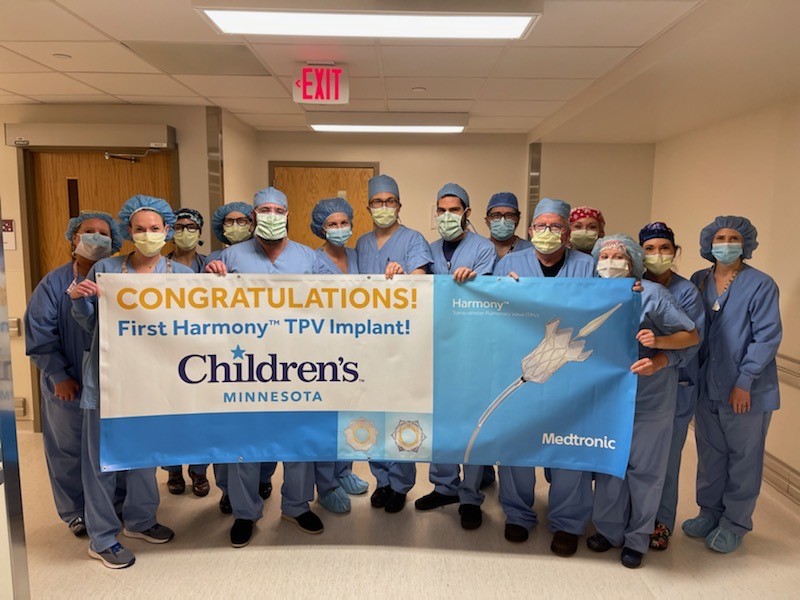 Game changer: new non-surgical heart valve procedure at Children’s Minnesota removes need for some kids to have open-heart surgery – meet the state’s youngest patient to get the implant 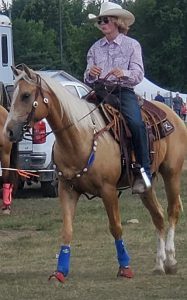 tell. The 14-year-old lives about an hour north of Minneapolis in the rural town of Isanti where he likes to hunt, ride horses, ski, play football and of course – hockey. He loves his outdoor activities and his family, and has a close relative who had open-heart surgery. The memories of his loved one going through the invasive procedure weighed heavily on Anders’ mind growing-up because he was born with a congenital heart defect (CHD) called pulmonary stenosis. His heart valve between the right ventricle and the pulmonary artery that carries blood to the lungs was too narrow and stiff to properly function on its own.

“We thought Anders was going to need open-heart surgery, and that worried me all the time from the moment we learned about his diagnosis,” said Anders’ mom, Shannon Lillemo.

Anders had heart surgery at a different health care system when he was only four-weeks-old to expand his pulmonary valve. Then as he got older, too much blood started flowing backwards into his heart, and the possibility of another procedure started to become a reality for Anders.

A change in insurance companies about three years ago brought the Lillemo family to both the Children’s Heart Clinic and the Children’s Minnesota Cardiovascular Program.

“We had anxiety about switching,” Shannon explained.

“I really liked everyone on the team,” Anders said. “Everyone – all the nurses and doctors were super nice and comforting. I felt super comfortable.” 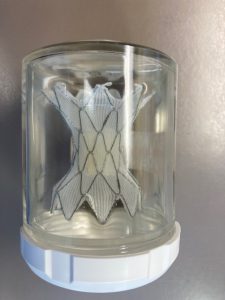 Fast-forward to March 2021: the U.S. Food and Drug Administration (FDA) approved what the federal organization calls the first in the world non-surgical heart valve for kids and adults with the same CHD complications as Anders. The device is called the Harmony Transcatheter Pulmonary Valve System. This heart valve improves blood flow to the lungs after it’s implanted into the pulmonary valve through a vein in a patient’s groin or neck inside a catheter – all without open-heart surgery.

Dr. Vezmar and his team thought Anders was an ideal candidate for the state- 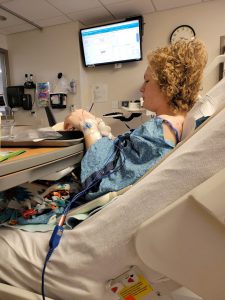 of-the-art device, and carefully took the next steps needed to ensure the Harmony valve was the best course of action for the teen. First, a CT scan was taken of Anders’ heart – this is done for every potential Harmony valve patient at Children’s Minnesota. Then, both medical and imaging experts closely examine the CT scan to determine if implanting the valve is the most effective procedure to pursue – it was for Anders. He had his CT scan in September and was in the procedure room a few months later.

In December 2021, the 14-year-old became the youngest person in Minnesota – and also the first Children’s Minnesota patient – to get the Harmony valve implant.

“I was in a little bit of shock when I was told that,” Anders said with a smile. “But, I thought it was cool that I was the first one.” 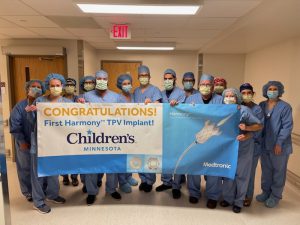 “Anders may be the first patient at Children’s Minnesota to get the Harmony valve, but he definitely won’t be the last.” said Dr. Vezmar. “In knowing that most children born with congenital heart defects need heart surgery or other interventions to survive, the Harmony valve implant gives us an effective non-surgical remedy to help more kids like Anders live a healthier and happier life while also removing the burden of open-heart surgery from them.” 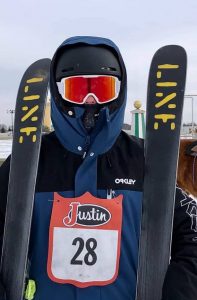 The thought of having to spend a month or longer recovering from traditional open-heart surgery was not music to either Anders’ nor his mom’s ears – especially if having the invasive procedure meant potentially giving up things the teen loves.

“As a little kid I used to worry, my brother had open-heart surgery and had to quit some activities,” Anders said.

“Anders is a super-active kid,” Shannon said. “It was a daunting thought to keep him inactive for four-to-six weeks.”

Instead, Anders had his Harmony valve non-surgically implanted on a Wednesday and went home the next day. By the following Monday, Anders was back in school and on the ski hill a few days later with no complications. Now, he’s also back on the ice and looking forward to football season.

“After the procedure, when I’m playing hockey, I’ve noticed a quicker recovery rate with my cardio,” Anders said.

To date, all of Children’s Minnesota’s Harmony Valve patients have gone home the day after their implant procedure.

Children’s Minnesota Cardiovascular Program treats the most pediatric cardiology patients in Minnesota, and delivers outcomes that are some of the best in the country. Patients just like Anders receive comprehensive heart health care from our kid experts through every phase of their procedure – from early examinations through recovery and follow-up care.

“Dr. Vezmar was with me every step of the way,” describes Anders.

The Children’s Heart Clinic provides care for patients with heart and blood vessel conditions like Anders closer to their home at our outpatient clinics throughout the region.

“That makes life really simple, especially for scheduling.” Shannon said. “We can head there, get everything done – even before the [procedure] we had all the pre-op done, even the COVID test. That convenient, continuous, care has kept going for Anders after his procedure thanks to the Children’s Heart Clinic; which gives our family peace of mind.”