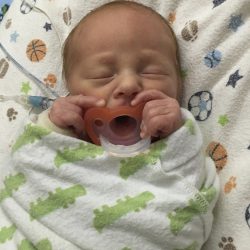 Kelly’s pregnancy was seemingly normal, just like her first pregnancy. At Kelly’s ultrasound at 20 weeks, it was discovered that both babies had an abnormality known as echogenic bowel. As doctors speculated as to what would happen when the babies arrived, Kelly and her husband Brady waited and prepared for their family to grow.

Sam and Ava were born on June 21, 2016, at 33 weeks and 5 days gestation. After birth, both twins presented with bowel complications and spent much time in the neonatal intensive care unit (NICU) and Infant Care Center (ICC) at Children’s Minnesota. Sam was diagnosed with meconium ileus, a form of bowel obstruction, and underwent surgery at two days old, and again after two weeks. He spent the next two months healing in the ICC before going home. 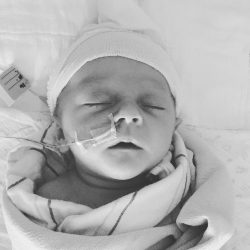 Ava’s condition was more complicated. She was diagnosed with a volvulus, a condition where a loop of intestine twists on itself and cuts off the blood supply to the affected section of bowel. At just 5 days old, surgeons removed a large part of her small intestine leaving her with an abdominal ostomy. A few days later, doctors found a leak in her bowel and she underwent emergency surgery leaving her with a second ostomy on the opposite side of her abdomen. Kelly will never forget the conversation with the surgeon following Ava’s second surgery. “He told me Ava may have a gastric feeding tube in her future. I was in disbelief, but nothing mattered beside the fact that he saved my baby girl.” Doctors connected two colostomy bags to each side of her small intestine to help her bowels digest nutrients properly. A state of the art refeeding procedure kept Ava’s middle section of small intestine healthy and functioning as doctors waited for Ava’s body to heal enough to be reconnected. She underwent a final surgery in late summer to reconnect her intestines fully and was soon able to go home, after four months in the hospital. 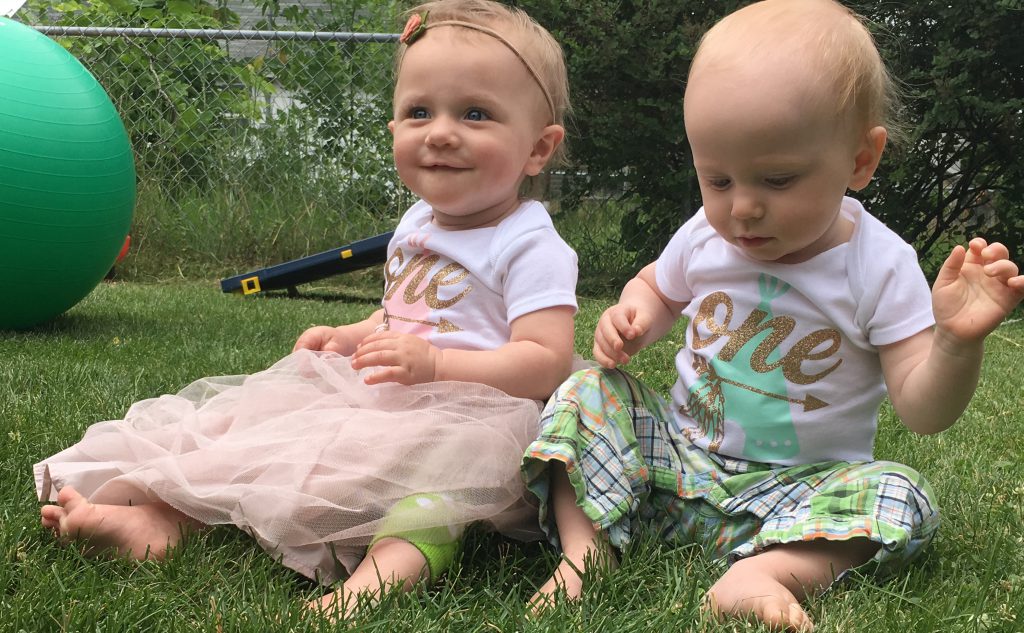 Today, Sam and Ava are healthy, active 17-month-old toddlers, each approaching 20 pounds. They continue to see Children’s specialists for regular development checkups and are doing well. Remarkably, Sam is able to eat anything and Ava’s only dietary restriction is dairy. She eats everything by mouth, no feeding tube for her. Both love olives, salami, apple sauce, smoothies, spaghetti, pancakes and eggs. They share a special bond and enjoy playing together. Sam is a bundle of unlimited energy who loves cuddling with mom, and Ava is a social butterfly who climbs in and on everything in reach. She can be found frequently chatting and requesting “more,” especially during meals.

Brady and Kelly feel grateful when they reflect on spending 105 days at Children’s.

“By the time we left it felt like we were leaving part of our family. It’s a very hard time to think back to, but it’s a fond memory,” Kelly said. “I couldn’t think of a better place for them to be, and I can’t say ‘thank you’ enough to the nurses, staff, and surgeons. Our kids are here because of them.”