Gastroesophageal reflux (gas-troh-eh-sof-ah-jee-al ree-flux, or "GER,") is the backup of stomach contents into the esophagus.

GER is caused by a weakness in the sphincter muscle that connects the esophagus to the stomach. All infants have some degree of GER. It is sometimes uncomfortable for your infant and may cause a number of problems. Most infants outgrow it by 6 months to 1 year of age; however it can take longer. 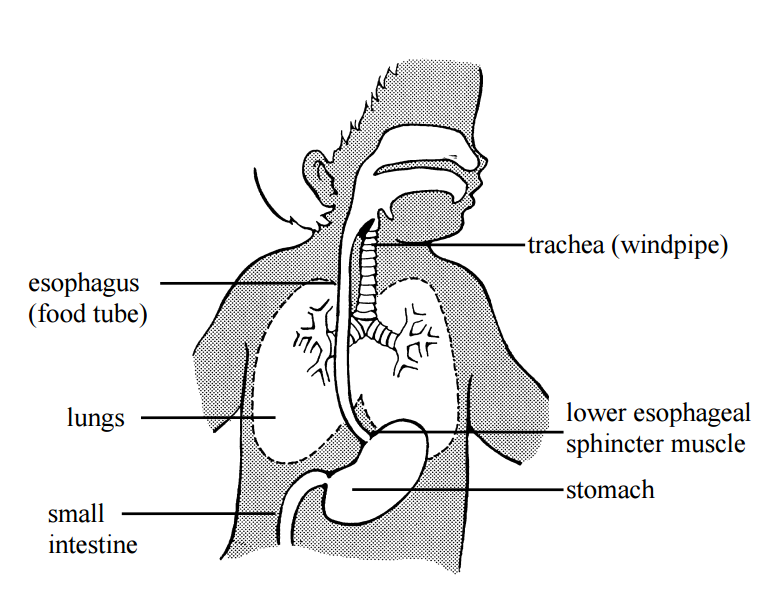 What are the signs of GER?

How is GER diagnosed?

Most infants who have GER are diagnosed based on the clinical symptoms listed above. In rare cases, an infant may undergo testing to diagnose GER. If testing is needed, some tests may include:

Upper GI and/or esophogram (barium swallow) - the stomach is filled with barium (a bland-tasting, chalky liquid). Then an X-ray of the digestive tract is done to measure the frequency and severity of GER.

Milk scan - the infant drinks or bottles a liquid that has a contrast material added. Then an X-ray of the stomach is done to measure how long it takes the stomach to empty and to evaluate GER. Results are available in 24 hours.

Endoscopy - The infant is given anesthesia. Then the doctor uses a flexible tube with a light on the end to examine the esophagus, stomach, and/or first part of the small intestine.

Bronchoscopy - The infant is given anesthesia. Then the doctor uses a flexible tube with a light on the end to check for aspiration (stomach contents in the lungs). This is usually done at the same time as the endoscopy.

What is the treatment?

When GER occurs often, it can cause problems with feeding, breathing, and/or weight gain. Treatment will likely be needed. There are a variety of treatment options such as feeding and burping techniques, positioning, and medicine. In extreme cases, surgery may be needed.

Hold your infant in an upright position during feedings (whether nursing or bottle feeding). When bottling, hold the bottle so that the nipple is always full. Never leave your infant alone with the bottle propped in the mouth. Do not over-feed your infant. Ask your doctor how much and how often to feed.

Burp your infant often (2 to 5 times during breast feeding; every ½ to 2 ounces when bottle feeding), or as directed by the doctor. The difference depends on your infant's size and amount usually taken.

Hold your infant upright over your shoulder, or place the infant on the tummy over your lap, head higher than hips. Do not sit the infant
on your lap for burping.

Keep your infant as upright (chest higher than hips) as possible for at least 30 minutes after meals. Avoid the sitting position after eating because this puts pressure on the stomach.

Avoid tight-fitting diapers and clothing around the stomach. Pressure on the stomach can make the symptoms of GER worse.

Medicine may be prescribed by your doctor to help decrease the production of stomach acid or help the stomach empty more quickly.

When should I call the doctor?

What else do I need to know?

Your infant should be kept upright as much as possible. Holding the infant or using a front carrier are excellent ways to keep an infant upright. Be sure the infant's head is always supported. Do not use a bean bag or a pillow to keep your infant upright.

Most molded plastic infant seats and swings are not recommended because the pressure on the stomach contents can cause GER. A "bounce" seat works best to keep your infant in a reclined 30° upright position without bending the hips (see picture). It can be purchased at a variety of department or discount stores. 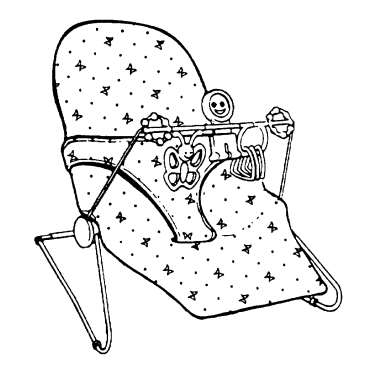 To encourage normal development, allow playing on the floor or playpen, on both the stomach and back. Continue to watch for spitting up. Play is best done just before or 2 hours after feeding. Do not allow sleeping while positioned on the stomach.

Avoid pressure on your infant's tummy during diaper changes or when carrying. To change diapers, try rolling the baby to the side
rather than lifting up the legs.

Try to avoid traveling for at least 30 minutes after feeding. When traveling, use a car seat with careful positioning to keep the infant as upright as possible, with the chin off the chest.

This sheet is not specific to your child but provides general information. If you have any questions, please call the doctor.