The purpose of the nose is to warm and humidify the air that we breathe in. The nose is lined with many blood vessels that lie close to the surface where they can be injured and bleed. Nosebleeds, can be messy and even scary, but often look worse than they are. Most can be treated at home, but some require medical care.

Common causes of nosebleeds include:

How are nosebleeds prevented?

The best treatment of nosebleeds is to prevent them by following these guidelines:

What should I do if my child gets a nosebleed? 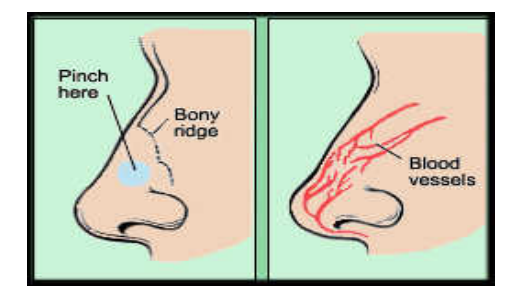 How are nosebleeds treated?

Treatments, depending on the cause, could include:

When should I call the doctor?

Seek medical care through a physician or an emergency room if:

This sheet is not specific to your child but provides general information. If you have questions, please call your doctor or clinic.