Why I Walk for Amazing: Stella and Nora

This story appears in our #WhyIWalk blog series 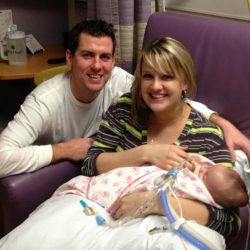 Jamie remembers The Mother Baby Center at Children’s Minnesota in Minneapolis had opened only a few weeks before she arrived there to give birth to her first daughter, Stella.

Weeks prior, at the 20-week ultrasound, doctors discovered Stella had a congenital diaphragmatic hernia (CDH), which is a hole inside her diaphragm. This hole allowed her stomach, bowel and a small piece of her liver go into her chest, resulting in her heart being pushed to the left side of her body and causing her lungs to have difficulty growing. Immediately after birth, Stella was admitted to the neonatal intensive care unit (NICU), where she spent her first 16 days of life on extracorporeal membrane oxygen (ECMO) and her first six weeks of life intubated. After 87 days in the NICU, Stella was discharged and is now five years old and known as her parents’ “miracle baby.” 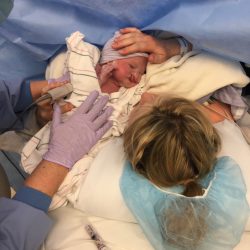 Two years after Stella’s birth, Jamie and her husband Mike welcomed their second daughter, Nora, into the world. Nora was born with a cleft lip and palate, requiring extensive care by teams at Children’s.

“Our experience at Children’s has been like no other,” said Jamie. “Whether in the NICU or with the cleft care team, everything they do is with a collaborative approach. Not only do they work together with other doctors and nurses and staff in the hospital, but they also work with the parents. We really appreciated being part of the team.”

Now, the family plans to participate in this summer’s first ever Walk for Amazing event at U.S. Bank Stadium.

Jamie works at Boston Scientific Corporation (BSC), a long time sponsor of Children’s events. This year, in addition to covering the registration fee for employees who plan to participate in the Walk, BSC will also serve as the Kids Activities sponsor at Walk for Amazing. The company will be bringing an exciting STEM (Science, Technology, Engineering and Mathematics) project for the activity area. 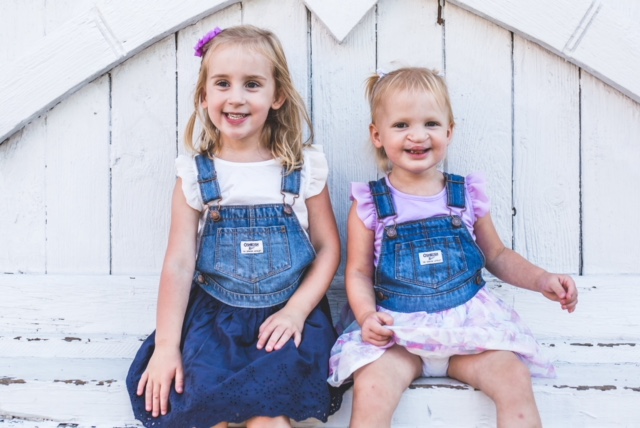 “This event supports a fantastic cause,” said Jamie. “Anyone who has children or knows a child can understand how heartbreaking these situations are. Whether short-term, long-term, lifelong or just a quick emergency room visit, Children’s is so impactful. This walk is a great chance to make it even better.”

Walk for Amazing will take place at U.S. Bank Stadium on Saturday, June 9, from 7:30 a.m. to 11:30 a.m. You can learn more about the event, register and begin fundraising here.