When you take a medicine, your body needs to process the medicine. One way to process the medicine is for enzymes (proteins in the body) to change or break down the medicine. An enzyme called cytochrome P450 2C19 (CYP2C19 “Sip – 2 – See – 19”) helps to process some medications including clopidogrel (Plavix®), voriconazole (Vfend®), and many antidepressants. Like many medicines, how well the medicine works and side effects are different from person to person. One of the reasons why this happens is because of differences in how well CYP2C19 works in each person.

How do my genes affect my response to medications?

Genes, which are made up of DNA, are a set of instructions that act like blueprints and tell our bodies how to grow and work. We have two copies of each gene in every cell of the body, one from our mother and one from our father. The CYP2C19 gene is a set of instructions for making CYP2C19 enzyme. Small changes in the CYP2C19 gene can change how well the CYP2C19 enzyme works to break down medications.

The CYP2C19 gene test results have placed your child into the Rapid Metabolizer (RM) group. 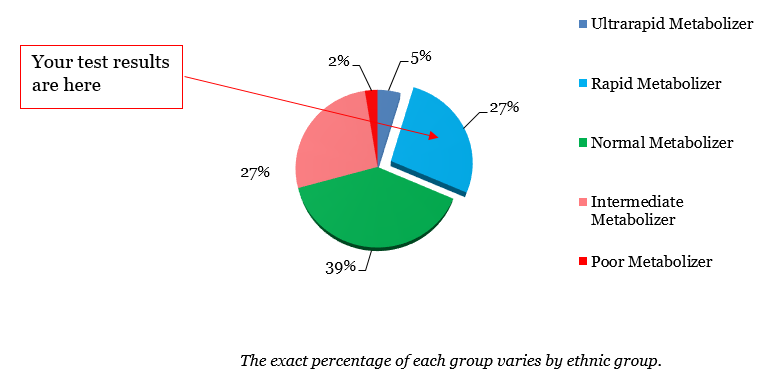 We recommend that you report this information to every doctor, nurse practitioner, other clinicians and the pharmacist where you get your prescriptions filled. A pharmacist at Children’s Minnesota is available for questions regarding these test results. Alternatively, you may contact the pharmacogenomics pharmacist through the patient portal or through the Children’s Minnesota Pharmacogenomics Program at 612-813-7240. 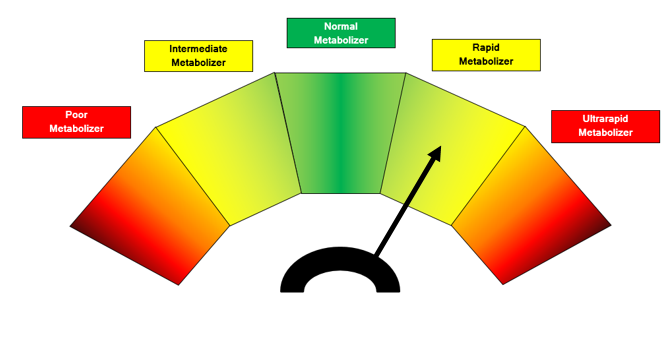